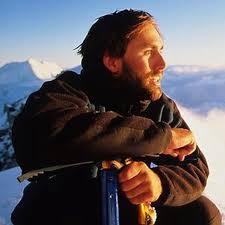 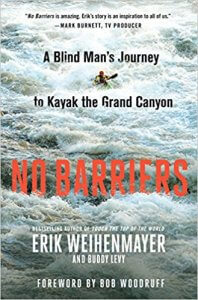 Finding Strength With No Barriers

On May 25, 2001, Erik Weihenmayer became the only blind person to reach the summit of Mt. Everest. In 2008 he climbed Carstensz Pyramid on the island of Papua New Guinea, completing the Seven Summits, the highest point on every continent. This accomplishment closed the circuit on a 13-year journey that had begun with his 1995 ascent of Denali. He is joined by a select company of only 150 mountaineers to have accomplished the feat. In 2014 Erik kayaked the entire 277-miles of the Colorado River through the Grand Canyon.

Word quickly spread about Erik’s remarkable achievements, the world took notice; shortly after his summit of Everest, he was honored with a Time cover story detailing his conquest of the world’s highest peak. Since then, he has authored multiple books, his latest being No Barriers.

Erik’s triumphs over some of the world’s most formidable mountains were fueling a growing aspiration to take the lessons he learned in the mountains to help others shatter barriers in their lives. He co-founded a movement called No Barriers. The mission is to help people with challenges, all of us to some extent, to turn into the storm of life, face barriers head on, embrace a pioneering and innovative spirit and team up with great people to live rich in meaning and purpose. The motto is “What’s Within You is Stronger Than What’s in Your Way.”